Dream Big at our new community Sovereign Estate at Ormeau 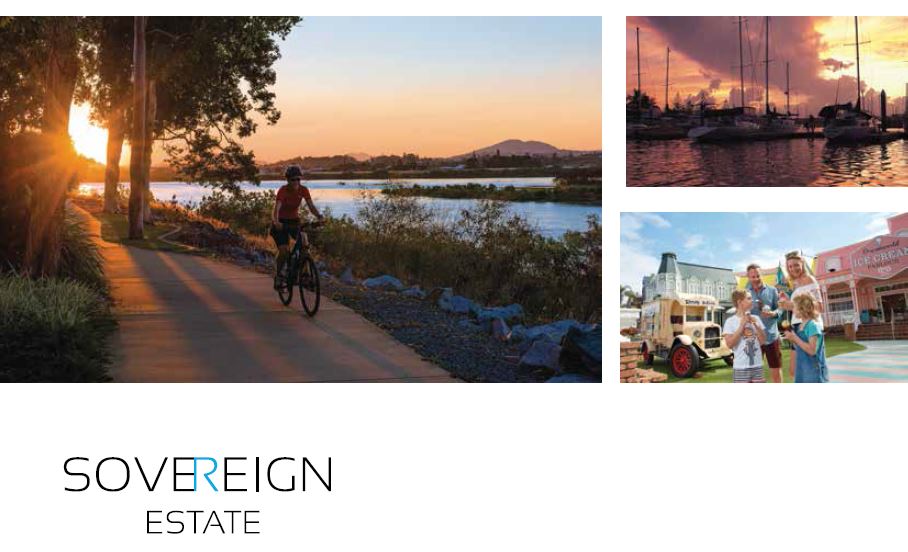 Stand the test of time at Sovereign Estate, with stylish family homes in the thriving Northern Corridor.

This estate is in walking distance to Ormeau Woods State School, a short drive to the new Westfield Coomera Town Centre and an easy commute to Brisbane in the North and the Gold Coast in the South.

Sovereign Estate is part of Australia’s sixth largest city, the Gold Coast. Over the next decade it will transform into a globally recognised city while retaining its enviable lifestyle and stunning natural environment. More than $30 billion in major infrastructure and development projects are currently planned or underway. 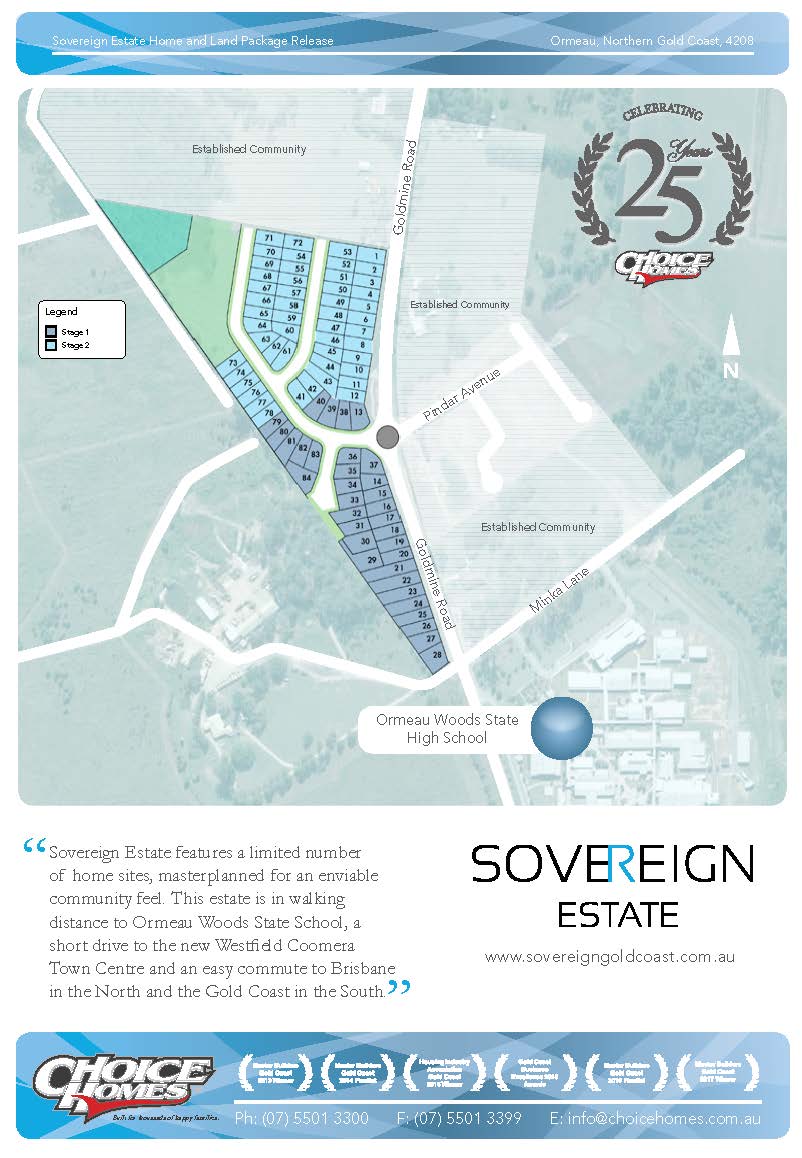 The city is a lifestyle, residential and employment hub of one of the nation’s fastest-growing regions – South East Queensland. It is rapidly emerging as a thriving metropolitan city with a dynamic business and cultural scene.

House prices are trending upwards, driving solid, sustainable capital growth for property owners. A recent report released by QBE predicts that the median price is expected to rise by 6% by 2020, to a record $665,000.

The Gold Coast economy, which produces a Gross Regional Product of $31.56 billion each year, is driven by the tourism and construction industries.

The city welcomes close to 12 million visitors per year, making it one of Australia’s leading tourist destinations. The strip from Surfers Paradise to Broadbeach is one of the country’s favourite getaway spots.

Numerous projects are currently underway on the Gold Coast, including several residential developments, as well as the $37 million first stage of the Cultural Precinct, the $600 million Stage 3 of the Light Rail, a $2 billion million M1 upgrade, and the $1 billion Coomera Town Centre shopping centre.

The $1.6 billion Stage 1 of Gold Coast Light Rail, linking Griffith University and the Gold Coast Health and Knowledge Precinct to Broadbeach via Southport, commenced service in 2014.

The $420 million Stage 2 connected Southport to the heavy rail at the Helensvale Station. It is expected to unlock $1 billion in development along the route. The $600 million Stage 3, which heads southbound to Burleigh Head, is currently the topic of a feasibility study and is expected to be open in 2021.

On a cultural front, the $365 million Gold Coast Cultural Precinct is fast becoming a reality with the builders behind Hobart’s critically acclaimed MONA awarded the contract for the precinct’s $60 million art gallery.

Sovereign Estate will benefit from the city’s growth, now and well into the future.